Cornerstone buys Saba. What's in it for them? 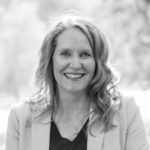 Judging by the number of analysts who were on the announcement call with less than ½ hour warning, the news that Cornerstone OnDemand (CSOD) was purchasing Saba for $1.4B came as a surprise to pretty much everyone. In chatting amongst ourselves (and water-coolering it with Stacey Harris), maybe it shouldn’t have come as such a surprise. Why?

Human capital management (HCM) markets aren’t what they used to be. Many of the big players have failed to adjust to new market conditions and gone the way of the world. And, whereas it used to be possible to count the major players on one hand, smaller, more nimble point solutions now have more power as ecosystems become more common and integrations become easier.

Not only that, CSOD made an interesting decision a few years ago to focus heavily on content, and while this has been a decent move in the short term, it's a risky long-term move – as content becomes more ubiquitous, and AI and algorithms get better at helping people curate it. And, just feeding content to employees more efficiently falls short of where the market is headed: understanding the skills a workforce has, helping them develop those skills that will help them personally and move the organization forward, and tying skills and development  to career opportunities.

In short, the acquisition makes a lot of sense to keep CSOD a viable player into the future, helping it compete – both with the ERPs that have been encroaching on the HCM space, and with the young whippersnappers that threaten the larger platform play. The Saba acquisition gives CSOD both market heft and revs its innovation engines. Let’s break it down.

The acquisition of Saba increases CSOD’s heft in the market. Most obviously, it acts as an accelerator. Alone, Cornerstone’s ARR (annual recurring revenue) was $575M. With Saba, that number jumps to $818M. Additionally, Adam Miller, CSOD’s Founder and CEO mentions that the deal frees up cash by finding synergies in their data centers, operations, and administration.

Even more impressive is the increase in number of customers. This acquisition makes CSOD arguably the largest cloud company in the world. According to our mad scramble for data from many yearly reports:

The HCM market has been experiencing a bit of fear as of late, as some of the larger ERPs have made strategic investments and acquisitions that allow them to play in the HCM space. Workday, for example, recently launched Skills Cloud, which competes directly with several talent management platforms. And it is having an effect. One leader we recently spoke to told us that he is being asked to  “make Workday work” for a learning and skills solution, instead of investing in other more specific solutions.

But, the acquisition of Saba by CSOD puts them in a position to become sort of a “super” talent management system – one that provides deep expertise in talent while still being open to partnering with the HRIS or ERP that companies are currently using. Because they are now one of, if not the biggest, cloud players, it may protect them from some of the encroachment.

Finally, acquiring Saba, who recently acquired Lumesse, a leader in talent management software in Europe, increases their global footprint, which was already sizable (with CSOD being in 25 countries currently).

We don’t think there has been a time of greater innovation in the HCM space. Ever. CSOD’s acquisition of Saba allows them to jump-start their innovation efforts in a few ways:

The majority of new features and functionality in modern HCMs require a solid set of data to be valuable: who sits where, who does what, who knows what, where they want to go, what they've learned, what skills they'll need, etc. This data has the ability to help organizations vastly improve their people strategies – from who to hire, to who to develop, to how to form teams, to retention, and on and on.

The holy grail of talent management right now is successfully tying development subjects to skills and ultimately to positions – and everyone’s in a race for a viable solution – including ERPs which have not traditionally played in this space.

However, people development is easier with people development-specific data – something that ERPs likely lack; while they may claim similar functionality, specific talent management data helps tremendously in developing people. ERPs are often built on platforms focused on resource allocation and process automation – both noble causes, but maybe not the focus when developing workforces to help organizations compete.

The combined CSOD / Saba datasets of 75MM users (assuming they can quickly  figure out how to merge and use them) provides a treasure trove of data that can likely help them provide a much richer, personalized talent experience than their ERP counterparts.

Workday is an innovation machine – they spend roughly 30% of revenue on R&D efforts (if we interpreted their annual report correctly). Which is why it has been able to effectively challenge HCM providers in their own backyards. Additionally, as we mentioned above, smaller point solutions often innovate as a matter of course – through implementations and partnerships, and their continuous improvement mindset and simpler structures often make them more agile and able to pivot more quickly. 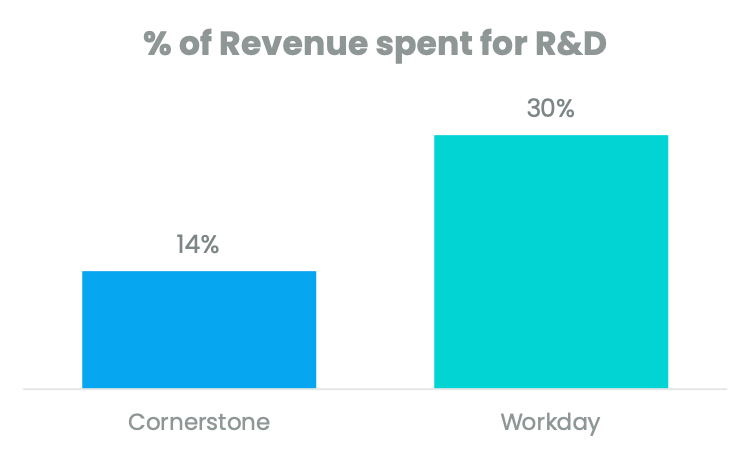 CSOD spent roughly 14% of revenue on R&D activities in 2018 (slightly below average). Good engineering talent is difficult to find, and with the Saba acquisition, CSOD now has access to a much bigger pool of talent who can do more R&D. This gives them the ability to maintain Saba products as it makes sense while also borrowing that talent to upgrade CSOD and integrate the best from Saba.

Finally, and this one is probably a bit more opinion than the other areas we have covered, but one we think is important: When Saba went private in early 2015, some of us were taking odds on whether or not it would survive. But it did. Saba has not only done a fair amount of innovating since then, they’ve gotten into the habit of innovating. Granted, some of the stuff we’ve seen in the last couple of years has been a bit unconventional, but it indicates that they’re taking a fresh approach to the HCM space.

CSOD now has access to not just great engineering talent, but talent that has been approaching the market in a slightly different way. We’re excited to see what they do with it.

So to nutshell: We think this acquisition was a decent move by CSOD. We're interested to see what they do with the bigger footprint, the data, and the talent. As with any move, it all comes down to execution.

All of this leaves us with just two questions: How long will our Saba swag still be cool, and can we still hang out with Phil?

A premise: Can skills run the world (of work)?

Rethinking Connection at Work: A Premise 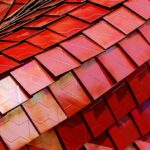 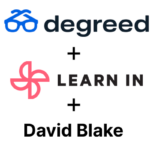 Degreed acquires Learn In and a new (old) CEO